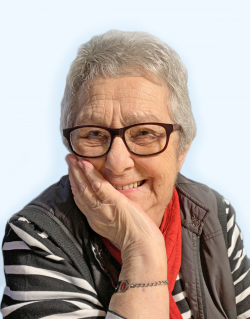 Hélène Roy, 95, formerly of Shediac, passed away on Tuesday January 17, 2023 at the Cormier Pavilion of Faubourg du Mascaret in Moncton. Born in Shediac, she was the daughter of the late Napoléon and Julie (Landry) Léger.

Hélène has lived in several cities, having followed her husband, who was in the RCMP, to finally return to retire in Shediac, her hometown. Hélène was a member of Saint-Joseph parish in Shediac where she was actively involved in doing any task that was asked of her.

She was predeceased by two sisters: Juliette and Rachel; and two brothers: Maurice and Raymond.

The funeral mass will be celebrated in June and will be announced. Interment will be at Saint-Joseph cemetery in Shediac. In memory of Hélène, a contribution to the N.B. Lung Association or a charity of the donor’s choice would be appreciated. Funeral arrangements are in the professional care of Frenette Funeral and Cremation Centre, Shediac (532-3297).