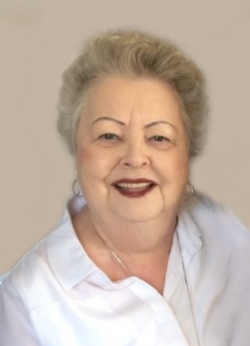 Maureen Goiziou, 79, of Shediac, passed away on Wednesday January 11, 2023, at the Dr. Georges-L.-Dumont UHC. Born in Saint-Pierre and Miquelon, France, she was the daughter of the late André and Brigitte (Dober) Briand.

Besides her parents, she was predeceased by her husband, Charles (2017), one brother, Joseph (2022) and an infant daughter, Christine.

There will be no visitation. A private funeral will be broadcasted live on Maureen’s obituary on our website www.frenettefuneralhome.com on Saturday January 21 at 11 am. Interment will be at Frenette Columbarium, Shediac. In memory of Maureen, a contribution to the IWK Foundation would be appreciated.

Words of comfort and donations may be made at