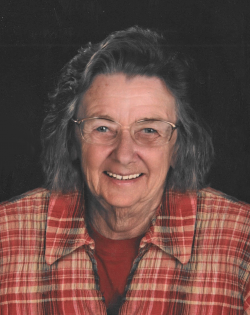 It is with heavy hearts that the family of Joanne Patricia Hunter announce her passing at her home on Sunday, December 25, 2022. Born in Saint John, NB she was the daughter of the late Christine Pond and Patrick McGivney.

She also leaves to mourn her five siblings: Noreen (Kenneth) Moir, Carole Ouderkirk, Dale Ross, Gary Ross, Bernard (Gail) Ross along with many nieces and nephews that all held a place in her heart, her caregiver and friend Venicca Cassell who brought such joy into her life.

Joanne was known for her many talents, be it making ice show costumes or setting the points on a motorcycle.  There was nothing she couldn't do (and if there was, you best not be the one to tell her). Artistic and talented, she always had a craft on the go and passed down that knowledge to anyone that was willing to learn.  Joanne always saw the good in people and made many lifelong friends along the way.

Never one to pass up an adventure, her and Mac enjoyed their retirement years to the fullest: climbing Mount Carleton, taking in Daytona bike week, daily drives to the wharf or discovering new roads.  It didn’t matter where they were going as long as they were going together. It brings us great comfort in knowing that they have reunited once again.

Besides her husband of 67 years, she was predeceased by daughter Amanda Hunter (1979), son Cleve Hunter (2012), grand-daughter Ashley Hunter (2017), and great-granddaughter MacKenzie Doucet (2022)

Special Thank you to the Trinity United Church U.C.W group for their numerous phone calls and visits to Joanne.

Joanne will be reunited with her husband Mac at Frenette Columbarium at a later date.

In memory of Joanne, a contribution to a charity of the donor’s choice would be appreciated.