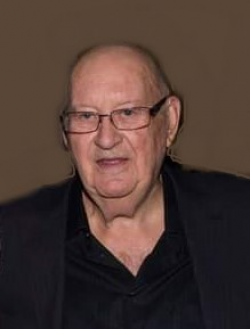 Hector Thibodeau, 83 from Grand-Barachois passed away peacefully at home on Sunday November 13th, 2022.

He was the son of the late Alban Thibodeau and Eva (Cormier) Thibodeau from Robichaud Office. He is survived by his spouse of 53 years, Nicole Belliveau, one brother, Raymond Thibodeau (late Elaine O'Sullivan) from Fredericton and three sisters: Andréa Thibodeau, Florine Lirette (late Paul) both from Grand-Barachois, and Darlene Landry (Michel) from St-André-Leblanc; his three children: Renée, Yves (Tina), Josée (Ian); his six grandchildren: Danie, Samuel, Alex, Kez, Kelo, and Ona, and one great-grand-son, Lyam.

Hector is now reunited with his brother Francis (Frank) Thibodeau (late Anita) from Dieppe, and his sister Antoinette Thibodeau from Grand-Barachois.

Hector was a member of the brothers of the Christian instruction for approximately ten (10) years. During this time, he attended the teachers’ College.

He took a break from teaching and worked as an educational consultant where he co-wrote grammar and literature study guides. He returned to his true passion, a teacher. He also worked as a school principal however ended his career with the love, he cherished the most, 4th grade children.

Hector loved camping with his family and friends. He always loved to travel and to see the world, learn about different cultures and especially taste new cuisines.

He volunteered for many years through out his life; two examples come to mind. He was a girl guide leader and also, he was part of the household guidance services. In both, he created unbreakable bonds with the other leaders and with participants.

Hector was always looking for teachable opportunities even long after he had retired, whether it was teaching his children how to use a compass, teaching his grandchildren hard work ethics, and teaching his great-grand-son how to be polite and to be loving. He may have retired as a teacher however the teacher in him never retired.

Hector was a special man who loved everyone and really enjoyed meeting new friends. He always said that a stranger was just a friend he had not met yet. He would spark a conversation with anyone anywhere. He made a new year's resolution quit a few years ago, to make at least four or five people smile each day, and he lived up to this resolution until his last moments.

He became friends with nurses and doctors that helped him through his struggle with cancer. The oncologie staff were looking forward to seeing Hector so they could hear more jokes and stories about his "sunshine", his great-grand-son, Lyam.

He started a journal of all things he enjoyed about Lyam, his funny sayings, and doings. He shined when speaking about Lyam and when sharing pictures of him. He always said Lyam put life in our life.

Hector truly lived to help others and make everyone smile.

The family will receive condolences at Frenette funeral and crenation centre, 396 Main St, Shediac. Visits are on Wednesday November 16th from 2 to 4 pm and 6 to 8 pm. The funeral will be held on Thursday, November 17th at St-Henri-de-Barachois in Grand-Barachois at 11am.

In memory of Hector, a contribution to the CHU Dumont Foundation, Oncologie, would be appreciated.