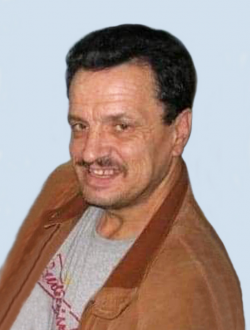 John Larabee, 64, of Dieppe, passed away on Tuesday November 8, 2022 at the Albert House in Moncton. Born in Toronto, ON, he was the son of the late Bill Larabee, and was raised by his late mother, Béatrice Ball and the late Francis Sedore.

Besides his parents, he was predeceased by one sister, Evelyn, and one brother, Tommy.

In accordance to his wishes, there will be no visitation and no funeral. In memory of John, a contribution to the CHU Dumont Foundation (oncology) would be appreciated. Funeral arrangements are in the professional care of Frenette Funeral and Cremation Centre, Moncton (858-1900).