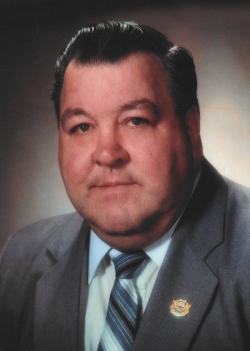 Maurice Belliveau, 83, of Shediac, passed away peacefully on Monday September 5, 2022, after a lengthy battle with cancer with his family by his side. Born in Shediac, he was the son of the late Edouard and Philonise (LeBlanc) Belliveau.

His life passion was Firefighter to which he dedicated 65 years in various roles.  He was a volunteer fireman in Shediac as of 1961 then a brigade’s training program and produced the first written protocol for training Shediac Volunteer fireman.  During this period, he was also fire prevention officer.

In 1964, he was a founding member of the St. John’s Ambulance Voluntary Brigade in Shediac and was chief of the organisation for eight years.  He was made a Serving Brother of the Most Venerable Order of the Hospital of St. John of Jerusalem (1969). Served 2 terms as a Counsellor for the Town of Shediac; Volunteer of the Shediac Lions Club; Member on the Regional Planning Commission; and was Building Inspector for the Town of Shediac.  He was President of the Club Boishébert, and of the Shediac Gentlemen’s Hockey League; and an officer of the Shediac Boxing Commission.

Along with his parents, he was predeceased by his two sons: Jean-Marc and Raymond; a grandson, Maurice; four sisters: Diana, Yvonne, Juliette, and Gloria; two brothers: Yvon and Alban.

The family will receive condolences at Frenette Funeral and Cremation Centre, 396 Main Street, Shediac on Thursday September 8 from 2 to 4 pm and from 7 to 9 pm only.  Face covering is strongly suggested to enter the funeral centre.The funeral mass will be celebrated at St-Joseph R.C. Church, 415 Main Street, Shediac, on Friday September 9 at 11 am. Interment will be in the St-Joseph parish cemetery, Shediac.

In lieu of flowers, a donation to the Vestiaire St-Joseph or to the Canadian Cancer Society in Maurice’s memory are welcome.