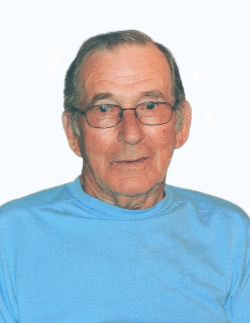 Norbert Saulnier, 88, of Moncton, passed away on Wednesday August 24, 2022 at the Dr. Georges-L.-Dumont UHC. Born in Moncton, he was the son of the late Robert and Délina (Caissie) Saulnier.

He is survived by his wife for 64 years, Yvonne (LeBlanc); five children: Normand, Jeannette Dury (William "Bill"), and Denise Saulnier, all of Moncton, Roger (Chrissy Trites) of Adamsville, and Phyllis Arsenault (late Ronald) of Lakeville; eight grandchildren and 11 great-grandchildren; one sister, Anna Ryan (late Andy) of Moncton; as well as several nieces and nephews.

He was predeceased by one sister, Jeanne Melanson.

The family will receive condolences at Frenette Funeral and Cremation Centre, 88 Church Street, Moncton (858-1900) from where the funeral service will be celebrated on Monday August 29 at 3 pm. Visiting hours are Monday from 1:30 pm until time of funeral. Interment will be in Our Lady of Calvary cemetery in Dieppe. In memory of Norbert, a contribution to a charity of the donor’s choice would be appreciated.