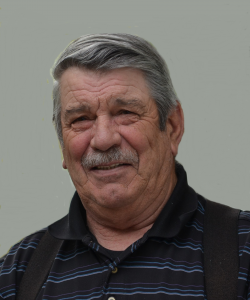 It is with extreme sadness that we, the family, announce the passing of Joseph Donald William Levy, 79, of Shediac, NB. Don passed away peacefully at the George L. Dumont University Hospital Centre on Tuesday July 19th, 2022.

Born in Truro, NS, he was the son of the late Andrew and Lorraine (Gallant) Levy.

He is survived by his brothers: Tommy (Liz) Levy of Toronto, Terry (Alfreda) Doiron of Cap-Pele, Paul (Gary) Levy of Toronto, and sisters: Sandra (Joey) O’Blenis of Hillsborough, Linda Reid of Hopewell Cape, and Patricia Stevens of Yarmouth, NS.

Besides his parents, he is predeceased by his sisters: Dorothy Goguen, Debbie McDonough, and his brothers: Jim and Gerry Levy.

Don started his career in the military posted in Gagetown NB. Afterwards he worked as manager of Stedman’s Dept. Stores in Charlottetown PEI, Tweed Ontario and Shediac NB. Don also had a career as a police constable in Shediac NB. Working for Canadian National Railways and Vial Rail Canada for most of his life, Don finished his career working at Villa Providence in Shediac until retirement.

Don was a very giving man, volunteering for St-John Ambulance Service for over 18 years. He also served 19 years as a volunteer firefighter with the Shediac Fire Brigade as captain and served as auxiliary constable with the Shediac Police Force before joining full time. He enjoyed hunting, fishing, gardening, and taking care of all kinds of handyman jobs, always ready to give a helping hand with anything.

We would like to thank the doctors and nurses in the surgical ICU of the Dr. Georges-L.-Dumont UHC for their excellent care and compassion given to our father during his short stay.

The family will receive condolences at Frenette Funeral and Cremation Centre where a chapel service will be held on Monday, July 25th at 3:00 pm. Visitations will be from 1:00 pm to 2:45 pm.

In memory of Don, a contribution to the Heart and Stroke Foundation of NB would be appreciated.

Funeral arrangements are in the professional care of Frenette Funeral and Cremation Centre, Shediac, NB. (532-3297).