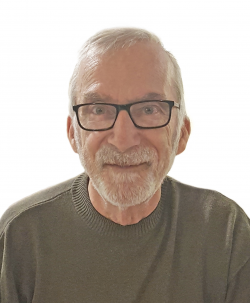 Normand-Gilles Bérubé, 76, passed away on Saturday July 16, 2022, at the Villa du Repos in Moncton. Born in Sainte-Anne-de-Madawaska, he was the son of the late Gilles Bérubé and the late Yvonne Deschênes Bérubé.

Besides his parents, he was predeceased by a brother, Yvon and a sister in-law, Nancy Thibodeau.

Normand-Gilles studied at Collège St-Joseph in Memramcook, Université de Moncton, Université Laval in Québec City and "École nationale d'administration" in Paris, France. He has worked in the field of education for 30 years, starting at the New Brunswick Department of Education and participated for several years in the school administration, in Dakar, Senegal.

The family will receive condolences at Frenette Funeral and Cremation Centre, 88 Church Street, Moncton (858-1900) on Friday July 22 from 2 pm to 4 pm only. By request, there will be no funeral service.