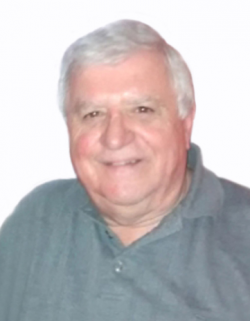 Rejean Gilles "Joe" Rancourt, 76, of Moncton, passed away on Friday July 8, 2022 at The Moncton Hospital. Born in Alban, ON, he was the son of the late Henri and Léonie (Bertrand) Rancourt.

Joe worked as a floor manager at Woolco prior to joining EBT Co. as a sales rep. After retirement, he worked at Home Depot in customer service.

He is survived by his wife for 22 years, Suzanne (Fournier); his daughter, Rachelle Rancourt (Robbie Fraser) of Moncton; two grandchildren: Alia and Hayden; two sisters: Ghislaine Gerrard (late Jack) and Lorraine MacDonald (Tim), both of Espanola, ON; five brothers: Ron and Gilles, both of Espanola, ON, Marcel (Evelyne) and Raymond, both of Lang Lake, ON, and Leo (Corrie) of Agnew Lake, ON; as well as several nieces and nephews.

Besides his parents, he was predeceased by one brother, Normand.

In accordance with his wishes, there will be no visiting hours and no funeral service. Interment will be in Espanola, Ontario. In memory of Joe, a contribution to a charity of the donor’s choice would be appreciated. Funeral arrangements are in the professional care of Frenette Funeral and Cremation Centre, Moncton (858-1900).

Words of comfort may be made at www.frenettefuneralhome.com