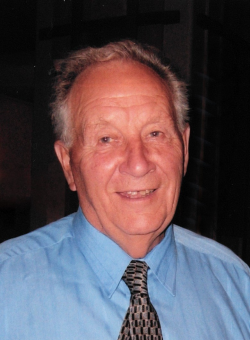 It is with heavy hearts that we announce the passing of René Cormier, 91, on Monday June 6, 2022, surrounded by his loving wife, following a short illness. Born May 1st, 1931, in Barachois, he was the son of the late Willie and Anna (Landry) Cormier.

Prior to his retirement, René was a carpenter. He loved the outdoors, hunting, gardening, and he was an avid card player.

We would like to thank the surgeon Dr. Jocelyne Hébert as well as the nurses and doctors of the 4C unit of the CHU Dr. Georges-L.-Dumont.

The family will receive condolences at Frenette Funeral and Cremation Centre,396 Main Street, Shediac (532-3297) on Sunday June 12 from 2 to 4 pm and 7 to 9 pm only. The funeral mass will be celebrated at St-Henri de Barachois Roman Catholic Church, 1356 Route 133, Grand-Barachois on Monday June 13 at 10:00 am. Face-covering is recommended at the funeral centre and at the church. Interment will be in St-Henri de Barachois parish cemetery.

In memory of René, a contribution to the Canadian Heart and Stroke Foundation or to the St-Henri de Barachois cemetery would be appreciated.

Words of comfort and donations may be made at