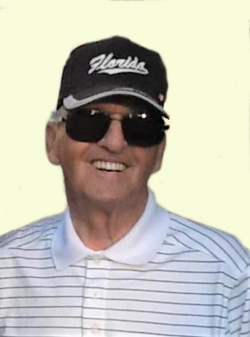 It is with heavy hearts that we announce the passing of Robert "Bob" Cormier, 82, surrounded by his loving ones at the Villa Providence, Shediac, on Monday, May 30th, 2022. Born in Saint John NB, he was the adopted son of the late Léandre and Dora (Brun) Cormier.

Bob will be dearly missed by his spouse, Giselle LeBlanc; two stepchildren: Michel Léger of Dieppe and Micheline Léger of Cap-Pelé; three grandchildren: Adèle, Pacifik and Corinne; a sister, Marie Cormier and her two children: Manuel Landry and Michelle Landry Hynes (Brian); one stepbrother, Bob Donnelle (Mary); one step-brother-in-law, Robert Goguen (late Diane), as well as many nieces and nephews.

In his hometown of Bas-Cap-Pelé where he lived with his family, he developed early in life a great interest in sports, especially baseball. He moved to Baie Comeau, Québec, in his early 20’s where he lived the majority of his life. He worked at Cargill Grain Ltd in Baie Comeau and became the president of the Union. There in Baie Comeau is where he discovered golf which became his life-long passion. The golf course became his new home as he excelled and surpassed himself in the sport.

The unfortunate loss of his first wife, Jeannette LeBlanc, to cancer in 1990 led him to spend increasingly more time in New Brunswick. This eventually led Bob to meet his second wife, Giselle, two years later. Winters were spent in Florida. In 2000, he won the Men’s Championship at Pine Needles in Haute-Aboujagane.

Bob can be defined by the love of his family, his passion for golf, his charisma, his big heart, and a great storyteller.

The family will receive condolences at Frenette Funeral and Cremation Centre, 2462, Acadie Road, Cap-Pelé on Wednesday, June 8th, from 7 to 9 pm and Thursday June 9th, from 9:15 am until time of departure 10:15 am. The funeral will be celebrated at Ste-Thérèse-d’Avila R.C. Church, 2648, Acadie Road, Cap-Pelé, on Thursday June 9 at 10:30 am. Face coverings are recommended for entering the funeral centre and the church.

A special thank you to the staff at the Villa Providence for their great care. We will not forget.

In memory of Bob, a contribution to the Alzheimer Society would be appreciated.