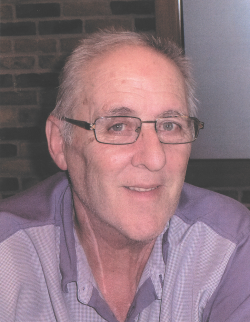 Robert Bourque, 79, of Dieppe, passed away on Wednesday May 11 2022 at the Dr. Georges-L.-Dumont UHC. Born in Dieppe, he was the son of the late Alfred and Dorothée (Gould) Bourque.

Prior to his retirement, Robert worked at CN and was a fireman in Dieppe.

Besides his parents, he was predeceased by his wife, Simone (2020); and two brothers: Peter and Jean-Paul.

There will be no visitation at the funeral centre. The funeral service will be celebrated at Frenette Funeral and Cremation Centre, 88 Church, Moncton (858-1900) on Friday June 10 at 10:30 am. Face coverings are recommended. Interment will be at Our Lady of Calvary cemetery in Dieppe. In memory of Robert, a contribution to the N.B. Heart and Stroke Foundation or the Dr. Georges-L.-Dumont UHC (oncology) would be appreciated.

Words of condolence and donations can be made at www.frenettefuneralhome.com