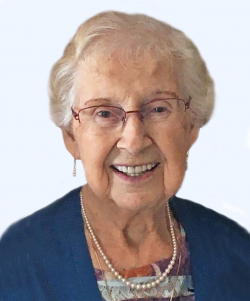 Albertine LeBlanc, 92, of Moncton, passed away peacefully on Tuesday January 4, 2022 at the Dr. Georges-L.-Dumont UHC. Born in Cocagne, she was the daughter of the late Albert and Marie (Léger) Melanson.

She is survived and will be sadly missed by her five children: Jolène LeBlanc (late Paul Dorcas), and Denise LeBlanc (Michel Goguen), both of Fredericton, Paulette LeBlanc (Rhéault Dumas) of Dieppe, Louise LeBlanc (late Philip Nowe) of Ottawa, and Marcel LeBlanc (Jane Xin) of Sunnyvale, California; five grandchildren: Michael, Danielle, Natasha, Sophie, and Kristin; two great-grandchildren: Liam and Olivier; two sisters-in-law: Patricia Melanson and Mathilde LeBlanc-Melanson; as well as her nieces and nephews. She was the last surviving member of her immediate family.

Albertine graduated from nursing at the Hôtel Dieu of Moncton in 1952. She worked at several hospitals as an RN including the Hôtel Dieu, the Chalmers Hospital in Fredericton and finally at the Villa Providence in Shediac. She was an active member of Les Dames d’Acadie and founder of the Cocagne chapter. She was a supporter of The Tree of Hope. She received recognition from the City of Dieppe for her volunteer efforts.

The family wishes to thank Drs. Manon Leroux, Bernard Godin and Monique Hébert along with members of the Extra Mural Hospital and the staff of unit 4C of the Dr. Georges-L.-Dumont Hospital.

The family will receive condolences at Frenette Funeral and Cremation Centre, 88 Church Street, Moncton (858-1900) on Friday May 27 from 9:30 am until time of departure (10:40). The funeral mass will be celebrated at Saint-Anselme Roman Catholic Church, 1014 Amirault Street, Dieppe on Friday May 27 at 11 am. Face-covering is recommended at the funeral centre and at the church. Interment will be in Cocagne parish cemetery. In memory of Albertine, in lieu of flowers, a contribution the CHU Dumont Foundation (Tree of Hope) would be appreciated. Funeral arrangements are in the professional care of Frenette Funeral and Cremation Centre, Moncton (858-1900). 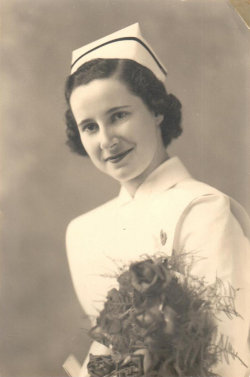 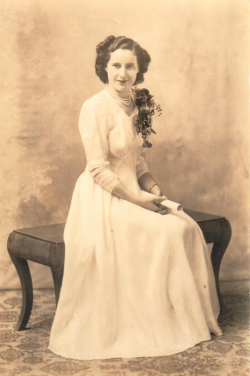