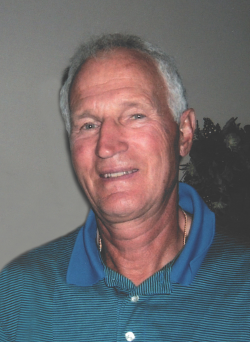 It is with great sadness that the family of Paul "Ti-Paul" Hébert announce his passing after a short illness at the age of 82 years old on Wednesday December 22, 2021 at The Moncton Hospital with family members by his side. Born in Dundas, Paul was the son of the late Emile and Sadie (Bourgeois) Hébert.

Paul was a very kind hearted man who loved his family very much.

Paul will be sadly missed by his wife of 29 years, Yolande (LeBlanc); his sons: Terry (Vicki) of Indianapolis, and Brian of Jasper, AB; his daughter, Kelly (Rupert) of Jamaica; his two grandsons: Brock and Tyler of Indianapolis; two step-daughters: Maneau Bourque (Jason York) of Dieppe, and Josée Bourque of Moncton; four sisters: Corinne Shean (Clem), and Lucille LeBlanc (Paul), both of Dieppe, Jeannita Hodgson (late Charlie), and Rachel McLean (Al), both of Moncton; two brothers: Donald (Karen) and Ronald "Joe", both of Moncton; one sister-in-law, Jeannette Hébert of Moncton; one brother-in-law, Gerry Gould of Dieppe; as well as his nieces and nephews.

Besides his parents, he was predeceased by one sister, Janet; and one brother, Elie "Tilly".

As per his wishes, there will be no visitation at the funeral centre. The funeral mass will be celebrated at Sainte-Thérèse-de-l’Enfant-Jésus, 457 Acadie Avenue, Dieppe, on Wednesday July 20 at 10:30 am. The funeral mass will be videotaped, and the video will be available on his obituary on our website at the end of the day.  A reception will follow at the Golden Age Club. Interment will be at Our Lady of Calvary cemetery in Dieppe. In lieu of flowers, in memory of Paul, donations can be made to the food bank, Friends of The Moncton Hospital Foundation, Hospice Albert House, or a charity of the donor’s choice, if you so desire. Funeral arrangements are in the professional care of Frenette Funeral and Cremation Centre, Moncton (858-1900).