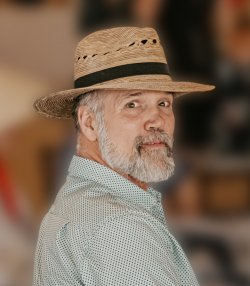 Victorin "Vic" Baudry, 58, of Moncton, passed away on Monday December 13, 2021 at the Dr. Georges-L.-Dumont UHC. Born in Québec, he was the son of Laurier Lamothe of Québec, and the late Thérèse (Leclerc) Lamothe.

He was predeceased by his mother, Thérèse (Leclerc) Lamothe.

The family will receive condolences at Frenette Funeral and Cremation Centre, 88 Church Street, Moncton (858-1900) where the funeral service will be celebrated on Monday December 20 at 11 am. Visiting hours are Monday from 9:30 am until time of funeral. Face covering is mandatory, and proof of vaccination and government issued identification card are required to enter the funeral centre. The funeral service will be streamed live; to view the funeral, go to his obituary on our Website. Interment will be at Frenette Columbarium in Moncton. In memory of Vic, a contribution to the francophone scout movement would be appreciated.