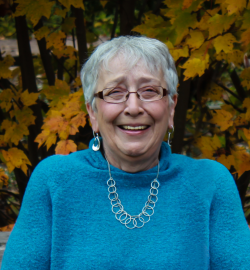 The family of Mary Brenda Elizabeth "Betty" Doucette (DesRoche), 72, of Moncton, is saddened to announce her passing on Saturday October 2, 2021 at The Moncton Hospital. Born in Alberton, P.E.I., she was the daughter of the late Arthur and Alice (Perry) DesRoche.

The family wishes to express their sincere gratitude to the staff of the 4200 unit of The Moncton Hospital, the staff of the Dr. Rubin Oncology Center and the Extra-Mural for the wonderful care and compassion provided to Betty.

The family will receive condolences at Frenette Funeral and Cremation Centre, 88 Church Street, Moncton (858-1900) where the funeral service will be celebrated on Tuesday October 5 at 2 pm. Visiting hours are Tuesday from 1pm until time of service. Due to the new regulations, face covering are mandatory, and proof of vaccination and government issued identification card will be required to enter the funeral centre. Interment will be at Our Lady of Calvary cemetery in Dieppe. In memory of Betty, a contribution to New Brunswick Doctors Cycling Against Cancer, the Extra Mural Driscoll Unit, or to a charity of the donor’s choice would be appreciated.

Words of comfort and donations can be sent at