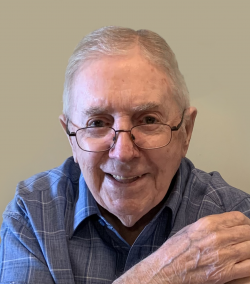 It is with heavy hearts that we announce the passing of our dear father, Gérald Léger, 97, following a brief illness, at the Moncton City Hospital on Friday, July 16, 2021. Born in Lancaster, MA, he was the only child of the late Oscar and Odile (Melanson) Léger.

He was a veteran of the Second World War and served in France, Italy and Holland. After the war, he worked for the Department of National Defence (#5 Supply Depot) until he retired in 1978 with 35 years of service. He was a lifelong member of the Beauséjour Curling Club and the Royal Canadian Legion Branch 6.

Those who knew him well, knew that he was not what we call a social butterfly and that he was a man of few words. He did, however, up until a few weeks ago, love playing cards (competing) with his girls and was almost always game for a quick visit to try his luck at the casino. These memories will be cherished.

He was preceded in death by his first wife Lola (Belliveau) in 1993 and his second wife Dorina (Richard) Léger in 2015.

The family would like to thank Dr. F. Al-Ani for her dedication and compassion during his brief illness as well as Dr. C. Burton for the kindness and caring given our Dad. There are others who have aided in his being able to remain independent. You know who you are and we will be forever grateful to you.

The family will receive condolences at Frenette Funeral and Cremation Centre, 88 Church Street, Moncton (858-1900) where the funeral service will be celebrated on Thursday July 22, 2021 at 11am. Visiting hours are Wednesday July 21, 2021 from 7pm to 9pm only. Due to the pandemic, face coverings are required and a maximum participation of 100 people at a time with social distancing regulations are in effect. Interment will be in Our Lady of Calvary cemetery, Dieppe. In memory of Gérald, a contribution to the donor’s choice would be appreciated. 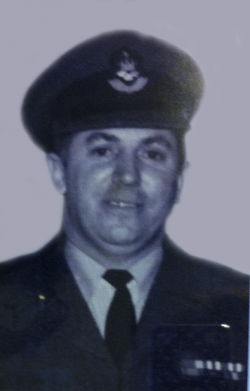